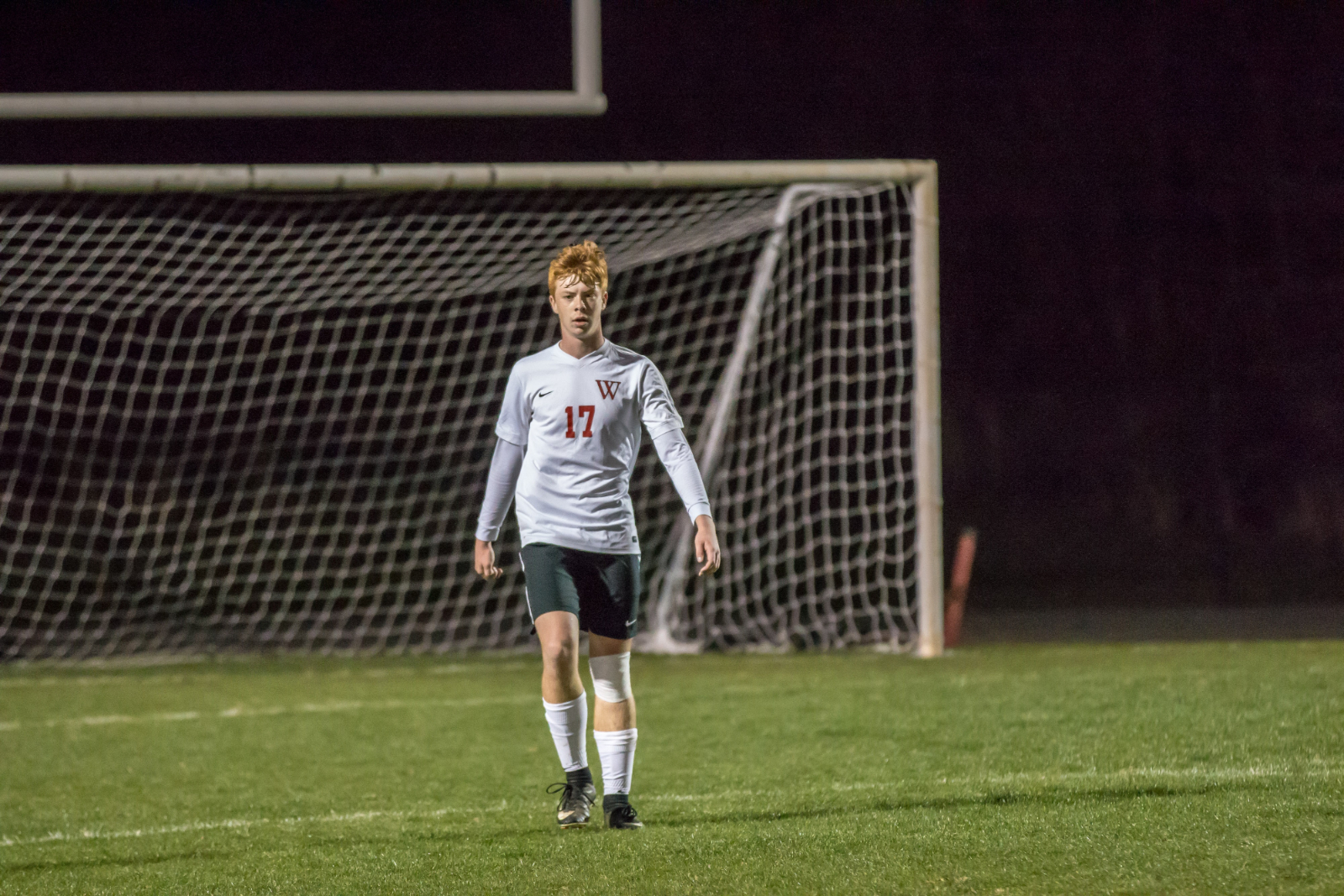 Cade Rawlings is the son of Darryl and Jenni Rawlings. Cade has been a mult-sport athlete while at WCA playing soccer, football and baseball. He says that he has played soccer since he could walk! Cade shares his favorite memory as, “I got cleated pretty badly in a Referee Clinic in Decatur and I had to get stitches. My mom and I met Sam Sheppard’s dad at his office because he’s a surgeon. He stitched me up. Although it was not fun getting stitches, Sam and Evan were there making jokes. It was pretty fun even though it was not fun to hurt my knee.”  Coach St. John and Coach Dodd both speak of how mature, respectful, steady and composed Cade is as not only a soccer player but as a young man. Coach St. John adds his favorite memory, “Cade was our ironman.  He played almost every minute of every game in one of the most critical positions.  I enjoyed watching him over and over again control the ball and totally frustrate the other team by individually beating several players to set up valuable possessions for us.” Cade offers this advice to underclassmen: “Soccer is my favorite sport and I take it very seriously. For a while I took it way too seriously and I did not have any fun because I was so critical. I eventually learned how to enjoy it while taking it seriously. So my advice is that you have fun while you work hard and this wonderful sport because it truly is going to be one of your favorite things.” His favorite Bible verse is Psalm 1:1-3. Cade plans on attending UAH in the fall and will begin studying engineering. He will also participate in intramural soccer while there. Best wishes to all that you set out to do Cade!