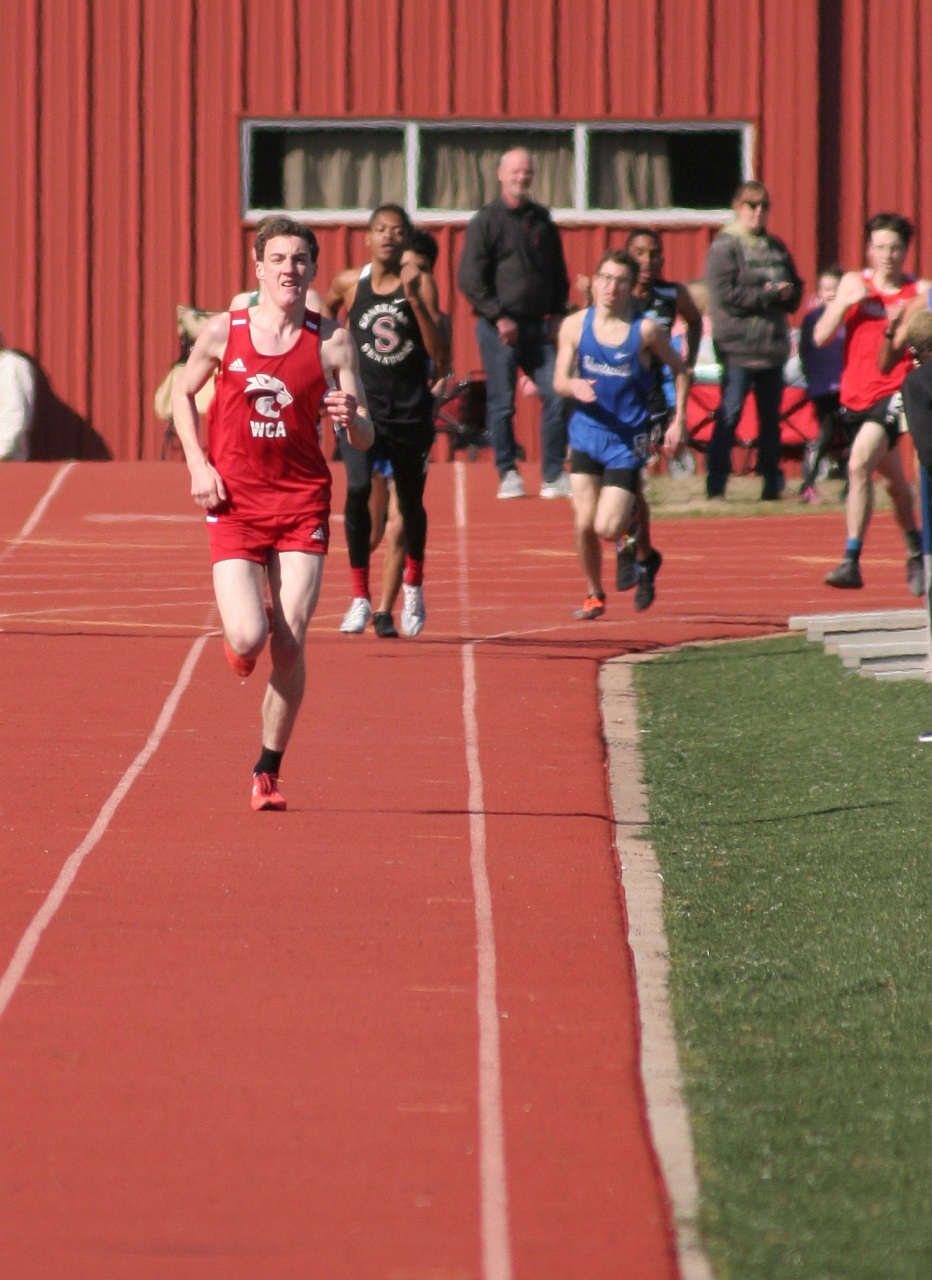 John Farmer is a member of the Westminster Track and Field Team. He ran track for 4 years, did Cross Country for 6 years, and played basketball for 3 years. John is the son of David and Dawn Farmer. His favorite memory is running at the State Track Meet in Gulf Shores. His advice to the underclassmen would be to, “Work hard but remember that God might have other plans.” His favorite Bible verse is Philippians 4:6-7. Coach Sunday says that he always enjoyed joking with John about becoming a sprinter. “He will not give up! He just keeps on pushing no matter the circumstance. It’s testament to his character, and a wonderful job his parents have done raising him. I wasn’t sure if he was going to compete last season because of injury, but he persevered to a great sectional meet. He won first place in both the 800m & 1600m, and took home second place in the 3200m,” says Coach Sunday. Coach David Farmer says, “John always set a great example for working to improve his track times. In practice, he always pushed his speed; he always ran the maximum number of intervals; he always ran the maximum amount of time or distance the training plan called for. Much of the time, he did this even though he wasn’t feeing 100% due to his struggle with medical issues. But he never complained or gave excuses, he just went and put forth the maximum effort.  Not only did he forgo complaining, he created a light and fun atmosphere for those around him by kidding and cracking jokes.  Watching him practice and compete was an inspiration to me.” John will attend Mississippi State University in the fall. Good luck John!

VS WILLIAMS
5:30 pm
View All Events